This case will show you how a new language-learning app ranked top 5 during 8 months of promotion by combining our ASO and ASA suggestions.

In the app market, the education category has always been a highly competitive area. The global education applications market is expected to reach $101.33 billion by 2028, up from $37.78 billion in 2021, growing at a CAGR of 15% from 2022 to 2028. This is not only because education itself plays an important role in people's lives and work, but also because the epidemic has given rise to many segments such as distance learning.

Asia-Pacific is anticipated to be the most profitable region overall during the projection period. The market will expand in APAC as a result of increasing government initiatives, smartphone use, increased emphasis on technology by educational institutions, and expanding awareness of educational apps.The category for household applications is anticipated to have the highest CAGR during this projected period.

The client in this case is a language learning app that belongs to the distance learning niche. The concept of the app offers users the opportunity to learn a language through live streaming.  With the help of Appranking, it was ranked in the top 5 in the very competitive education sector after only 8 months of release. Let's see what the professional Appranking team has suggested for its growth.

The highlight of this app compared to other language learning apps is that it focuses on the live streaming feature. The app believes that real-time interaction enhances students' sense of presence, allowing them to focus on what they need to learn, and allows teachers to identify students' problems and correct them in a timely manner.

The app's name remains anonymous here to protect the privacy of our customers. To give you a better idea of ​​the app's story we're sharing, we show one of its competitors on the Google Play Store.

Unfavorable time constraints and a fiercely competitive market posed the biggest challenges to this app.

In other words, in the educational sector, our team had to compete with well-known and established app developers. The primary rivals have been present in the market for over 7 years, and many of them have large marketing budgets as well as existing market shares.

But our client had just released their app not long ago and was a latecomer in the market, so how to increase their visibility was the first challenge. And since the team was small, their budget was not so sufficient, which led them to not be able to run a massive advertising campaign, making their marketing much harder.

It was at this time that they approached the Appranking team to help their app growth with our complementary App Store Optimization, App Search Ads, and Market Intelligence services.

Here is the basic requirement of our client. In the early stages of app promotion, they did not want to launch a full-scale marketing campaign on all platforms to avoid wasting costs. So we suggest they just grab the the two main platforms, Appple App Store and Google Play.

As a part of the Full-Service ASO and ASA partnership, our senior app store marketing professionals began determining the app's crucial components. It enabled us to set it apart from the competitors. Through a comprehensive analysis of our client team, we developed a strategy to represent this app as a cutting-edge app based on their unique and creative technology.

Before starting our campaign, the Appranking team worked with our client to carefully study the competing products of our client's app. As shown in the picture, we got several competitor's App Information, Rating & Reviews, ASO Keywords and Ranking History in one click.

By comparing several of them, we can get a lot of information worth learning in the process of app marketing. This also encourages our client to refer to their competitors in terms of ASO and ASA, which is going to be mentioned next.

Based on the study of several competitors mentioned above, we selected the key areas to be optimized. Then, we produced new text metadata using the most extensive semantic core. Cross-locales allowed us to account for the majority of the significant keywords.

After communicating with our client, we found that the most important thing our client needed in the marketing optimization process was keyword optimization. Previously, they had not gone through market research when setting the keywords for their app.

So they selected several keywords whose ideograms were not very clear and competitive. After using Appranking's Keyword Optimization tool, our client learned how their strong competitors were setting their keywords. So with our advice, they reselected a few keywords with conversion potential.

New visitors will form a favorable opinion of your app if the reviews are positive and the material is helpful. We spearheaded the app's optimization efforts using the top-notch app rating and reviews service provided by ASO World. In just 3 months, this app's rating went up from 3.8 to 4.7.

Being distinctive with ad creatives in a highly competitive industry like education is difficult since users are always being inundated with advertisements. As a result, our app marketing specialists had to employ a variety of techniques to produce effective advertisements.

In the first stage, we made assumptions about which creatives and USPs would be most effective for this particular audience. The following step required extensive A/B testing to determine which colors, USPs, creative styles, etc. work best. To identify the most effective versions, our team tested more than 60 ad sets and creatives in 8 markets. 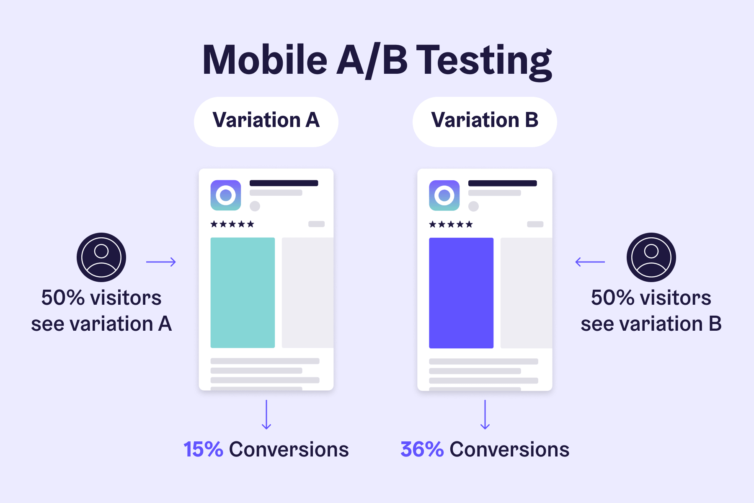 Collaboration with influencers was challenging due to the lack of resources. However, we discovered the effective technique to advertise the app in every channel with the right message thanks to the ongoing weekly research and A/B testing across all the channels.

At the same time, our team found an interesting insight from analyzing user requirements. Since our client has a specific learning approach based on live streaming, our experts decided to promote the app by showing it to the same people who were teaching in the live stream. In this case, User Generated Content (UGC) was the key to finding the right way to create the right message for our target audience.

Adapted channel-specific communications and ongoing analytics provided our team with enough insight to understand which audiences were bringing the most value to our client. In other words, we discovered which user types had good engagement and retention rates, while having cheaper CPI.

Once we detect that one audience outperforms another, we A/B test the same type of audience in different channels and countries where our ASO rankings are good enough.

The likelihood of scaling natural installs in these countries/regions is higher because we can work with the ASO to select the exact keywords with greater potential. Reallocating budget to the best channels and testing different campaign setups in those channels allowed us to significantly scale our campaigns in a very short period of time.

At the same time, we set up a rigorous and automated system to pause or reduce all campaigns, audiences or creatives that waste our limited resources. When your goal is to be in the top 5 in a highly competitive category in less than 1 year, every euro should be invested in the wisest way possible. In addition, in this case, your growth strategy should include controlling campaigns that are not working well.

This tailored approach had an immediate impact, generating more than 10,000 signups per month and lowering the CPA by more than 20% in the first month. We may keep doing it until we had decreased by a total of -50% from the prior time period. Eventually, in the eighth month of the app's release, it made it to number five in the education category, which was a pleasant surprise for our client.

In addition, the app saw a 37% increase in conversion rates for both paid and natural traffic and a 140% increase in visibility after using our strategy.

At last, if you think this article is helpful to you, please share it with your friends. Appranking is always here to help you find the key to your success. Thank you for reading.

Welcome to join our new Facebook group, to create a platform for those who are interested in App Marketing. You can get Coupons for our Appranking service here!