This article will show you a case study about how a social app boosts 700% of active users in one month. 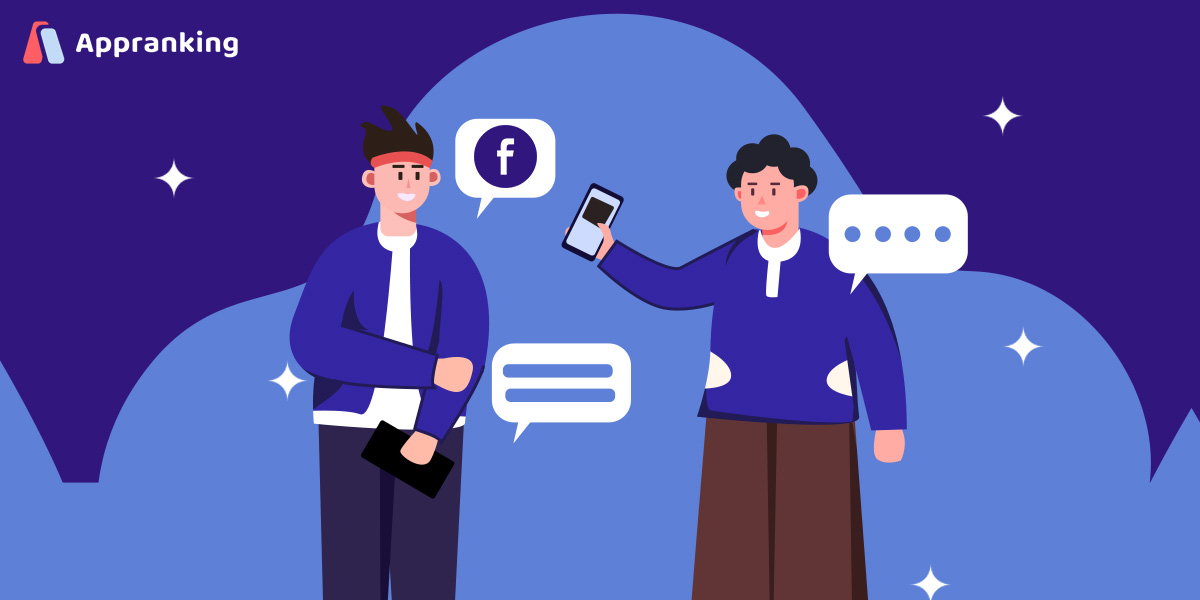 According to the Global Digital Overview 2022 report, there are more than 4.62 billion social media users worldwide, equivalent to 58.4% of the total global population, although the number of social media users does not represent a specific individual due to issues such as duplicate accounts. On average, global Internet users spend nearly 2.5 hours per day on social media, and this is growing at a rate of 2 minutes per day.

Our client also knew that the future of social apps was very promising and invested a lot in making a second Twitter, but the reality was harsh and the app still lacked enough downloads and daily active users after more than a year.

But after taking advice from our professional marketing team at Appranking, daily active users of this app jumped from 300,000 to 2.5 million, achieving a 700% increase. The facts speak for themselves. So without further rambling, let's get started.

The name of this social app remains anonymous here to protect the privacy of our customers. This app is aimed to create a social network. In order to give you a better idea of ​​the health and fitness app's story we're sharing, we found one of their competitors' apps from the Google Play Store below.

Competition in the social software space has always been fierce, and although the app claims to be trying to create a second Twitter, they haven't been able to find a breakthrough point to make the leap.

When the app's founders found Appranking, it had been a year since the app's launch. But except for some good traffic numbers at the initial launch, the app's downloads and daily users have been declining for the next nine months. Since our client was a startup, their team was not professional enough and could not support the high cost of optimization due to team configuration and brand background, and needed low-cost operations.

Then they found us, Appranking, a professional team to optimize their app revenue.

We had two rounds of discussions with the client. In the first round, we understood the client's needs, and then in the second round, we gave the solution.

During the communication with our client, we found out that their budget is actually not particularly high, but the expected value for the increase in downloads and daily active users is not low. So we came up with a very mature business of Appranking team - App Store Optimization. With a lower-cost App Store Optimization service, we could get our client's app ranking up quickly.

Our customer agreed to this solution, but still expected a more significant way to build brand awareness quickly, so we decided to work on an event marketing campaign with our customer.

With our joint efforts, we not only improved the ranking of this app through ASO service and got a considerable number of downloads. It also gave our client 2.5 million active users because of excellent event marketing.

In order to achieve our goal, we started two main optimization directions: ASO and event marketing.

In order to get the traffic as soon as possible, we decided to start with the search keywords in app stores. Because this dimension of optimization is less difficult and costly to achieve, and the results have always been good.


Some new apps generally have no or very few relevant keywords to rank for, so they need to get early traffic quickly by choosing keywords with moderate competition.

We selected some keywords, including some long-tail keywords (modifying keywords) in the middle of the core keywords, through a series of functions of Appranking, such as Keywords Tracking, Keywords Suggestion, and Competitor Analysis. With these functions, our client can check their own coverage of keywords and competing keywords, and choose words that are highly relevant to their own applications but not yet covered to do optimization.

We deployed these keywords into the meta tags in order to get a small amount of search traffic by pushing up the keyword rankings in the short term.


In addition to the keywords mentioned above, we also studied the better performing parts of the client's existing keywords and thought about whether they could be further optimized so that they could be as useful as possible.

Through Appranking's keyword research and other functions, we collated a small number of keywords that our clients were already ranking for, and by optimizing their relevance and other strategies, we were able to move this portion of keywords further up the rankings.

Our client is a social app, and users of such apps tend to get some information the fastest and tend to be very proactive in spreading the word about some events, so event marketing is a natural fit for social apps. A successful event is a good thing for both the app users and the app itself.

While conducting competitive research on our client's app, we discovered that one of its competitors was in a storm at the time and many users were losing faith in that app. So we worked with our client's team to find an effective and safe angle to plan an event marketing campaign. The campaign came at the right time and attracted a large number of users of the other app.

This successful event marketing attracted a huge amount of brand new traffic, and with some solid ASO strategies we provided, our client was able to get 700,000 downloads within a month. More strikingly, the number of active users jumped from 300,000 to 2.5 million. This was an unanticipated success for our client.

This is an effective case study for our Appranking team. We hope that sharing our achievements will inspire you.

Join us and get a head start on app growth.