Case study will show you how a Sci-Fi Game increases by 120% organic traffic with the help of Appranking ASO & App Ads intelligence tools. 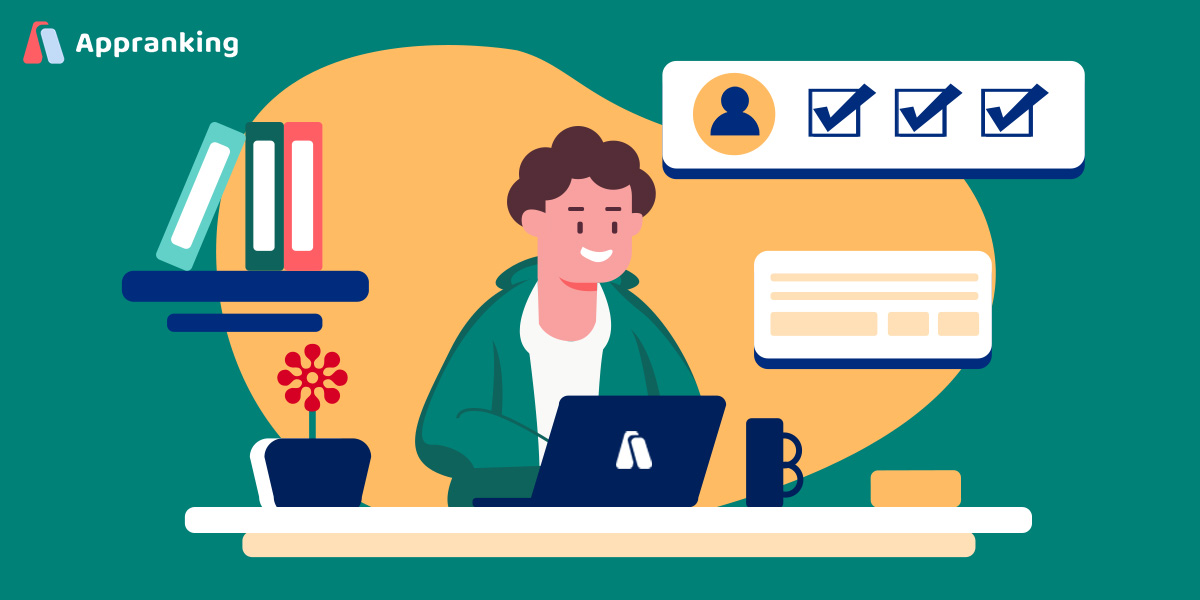 While the longevity of the Covid-19 epidemic has largely changed the way people live and work, the impact has been both good and bad. In the mobile market, the epidemic has instead driven a surge in apps.

The impact of the global epidemic saw a significant increase in strategy mobile game revenue. Strategy mobile game quarterly revenue remained consistently above $4.3 billion through Q1 2022, up 31% from the pre-epidemic period (Q4 2019). In terms of platform revenue contribution, the App Store and Google Play revenue share is 68% and 32% respectively.

Observing the DAU, IAP and other data of global strategy games, it is not difficult to find the bright performance of Science Fiction strategy mobile games.

Looking at the DAU of global strategy mobile games, the DAU of science fiction game, which was originally in the waist, rose significantly month on month, with an increase of 124%. And from the IAP point of view, the IAP MoM growth of this type of mobile game is also the most outstanding among the popular games, with a 35% growth.

In Apple's app store and google play, there are a huge number of games for users to choose from. In order to capture more market share, major game makers have also adopted various approaches.

In such a competitive field, how can science fiction games seize the opportunity to achieve profitability? What kind of growth strategy is really suitable for this kind of games? Today we will share the growth case of a science fiction game, and hope to provide you with references.

Today's app is a Science-Fiction strategy game published in 2018, in which users take on the role of an AI, and their main goals are to mine, craft, and build their village while overcoming obstacles and exploring their surroundings.

This was our first time working with this game and they said they had heard about some of the services of our sister site ASO World, but had never tried them. They had recently struggled with their growth and came to communicate with us.

The name of the app remains anonymous here to protect our client's privacy. To give you a better idea of the story we're sharing about the app, we're showcasing one of its competitors in the Google Play store.

The main challenge in the growth of this game is that as a 4 year old game, it already has a certain user base, but its growth is in a bottleneck. Our marketing team analyzed that the reasons for this might include less gameplay innovation and too much competition in the market and so on.

However, we also found that the team's investment in advertising was not effective, and it was not ranking high in the App Store. This indicates that there is a problem with their advertising plan and the metadata settings in the app store need to be improved.

The problems about the development and design of the game need to be improved by itself, and as a professional team of app marketing, we created a solution for them from the point of view of Apple Search Ads. And of course we also give them some tips about app store optimization.

According to the competitor analysis, we found that the majority of traffic for this category comes from the US, and the majority of rivals acquire consumers there, according to an analysis of competitor traffic and ROAS. Thus, we made the decision to concentrate our paid and organic promotion efforts in the US.

Our professionals began executing Apple Search Ads for this market as part of the strategy, especially Discovery campaigns to gather pertinent keywords and move them to the exact match group. Additionally, our team chose to avoid using branded keywords in favor of broad and competitive search terms, but only if this app achieved a 95% ROAS.

At the same time, we also evaluated the App Store optimization that needed to be done for this game. First, by looking at the game's keyword ranking contribution on Appranking, we tracked the effectiveness of all its keywords and made improvements for some ineffective ones.

In addition to this, we have optimized the text metadata of this game as a whole. The ideographic power and search visibility of titles, sub-titles, keywords and descriptions were improved.

After launching Apple Search Ads ads, we observed that the rankings for several keywords began to rise. Users who clicked on relevant keyword advertising and downloaded the game increased the keyword's conversion, which caused the algorithm to move the keyword up in the search results.

At last, if you think this article is helpful to you, please share it to your friends. We are always here to help you find the key to your success. Thank you for reading.

Welcome to join our new Appranking Facebook Group App Development & Marketing (iOS & Android), to create a platform for those who are interested in App Growth. You can get Coupons for our service here!